Looking for Inspiration?
Check out our Tutorials! 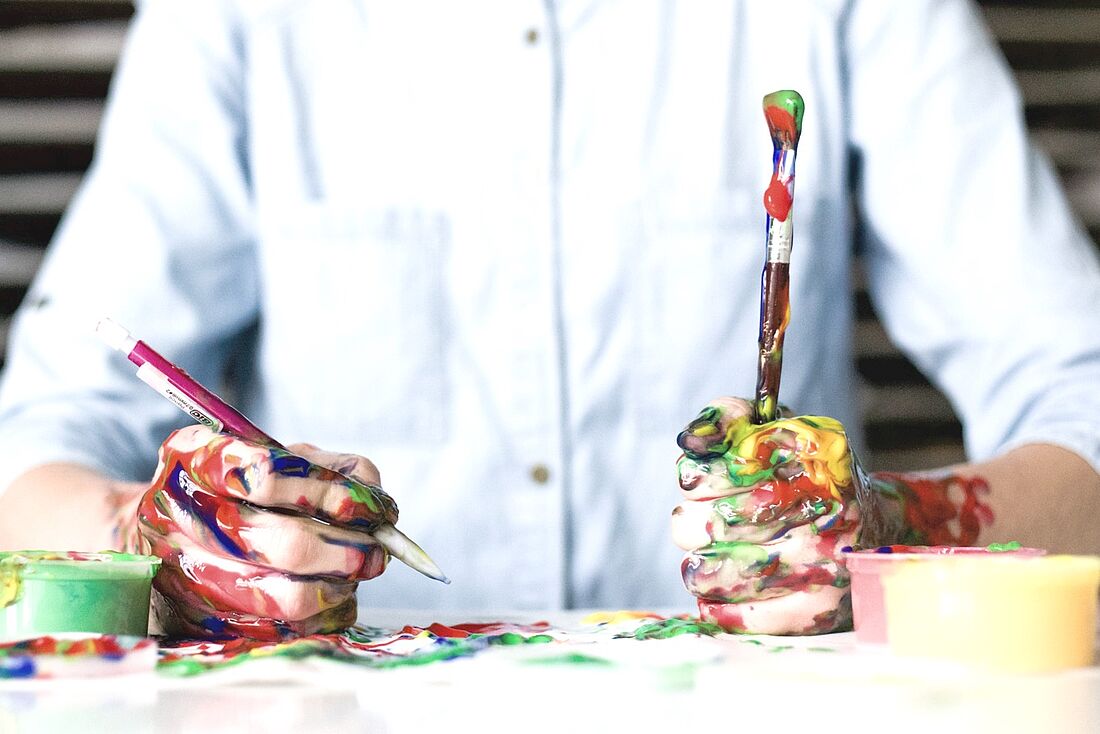 Do you also want to be part of our exhibition? Then get started. Alone or together with others. Everyone* can participate.

Show how you want your future to be, what needs to change, what is important to you, what ideas you have and maybe what each of us can do to make it better! Think about yourself, your personal environment, your experiences and dreams and show us in your post what moves you.

Post your pics4peace (text, song, picture, graffiti, photo, video, ...) as a photo or video with some short information about you and your work and upload it here on the website.
Or write us via DM on Instagram (_pics4peace_) either give your post the hashtag #pics4peace.Then we will find it and repost it with your message.

Be part of the pics4peace community. We are looking forward to you joining us!

*If you are younger than 16 years, please send us a declaration of consent from your legal guardian. This is required by data protection laws. 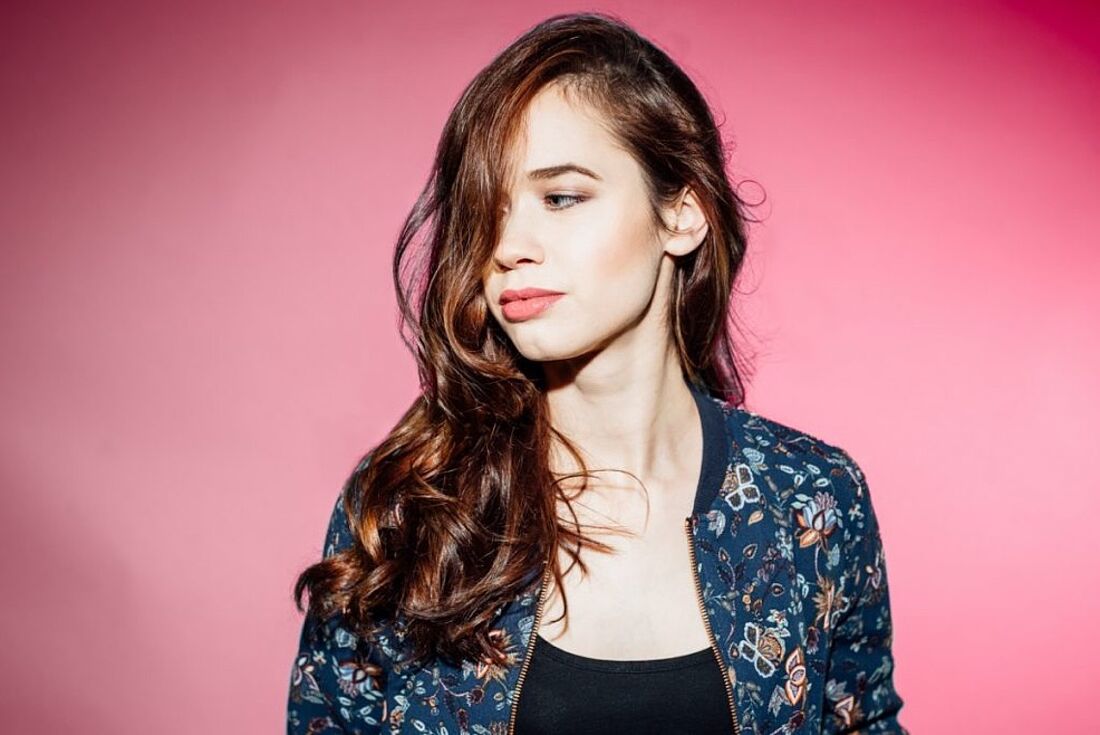 With: Lilly Among Clouds
Elisabeth "Lilly" Brüchner aka Lilly Among Clouds (* 1990 in Straubing) is a German singer songwriter, won the Young Culture Award of the City of Würzburg in 2014 and finished third at the Eurovision Song Contest 2019 "Unser Lied für Israel" (Our Song for Israel).

Growing up in a musical family in Lower Bavaria, Lilly Brüchner now lives in Würzburg. "I didn't know where to start. Then I moved to Würzburg," she said in an interview. In her second year there, she has already won a cultural sponsorship award. "All of a sudden, someone said, 'This is valuable, what you're doing!' I almost burst into tears."

Lilly started very small, never had singing lessons, but sits down at the piano and is successful as a songwriter and singer of pop songs. For years, she toured as Lilly Among Thorns, and after a band competition, presented herself for the first time in Finland to a larger audience of 10,000 in an ice hockey rink. In September 2015, the debut EP with five songs of lilly among clouds was launched. The Würzburg-based artist released her first album "Aerial Perspective" at the beginning of 2017 and has since performed in many countries. In 2019 Lilly Among Clouds took part in the German preliminary decision for the Eurovision Song Contest 2019 "Unser Lied für Israel" with her song Surprise and finished third. Meanwhile she performs in many countries.

Your Photographies
for Peace 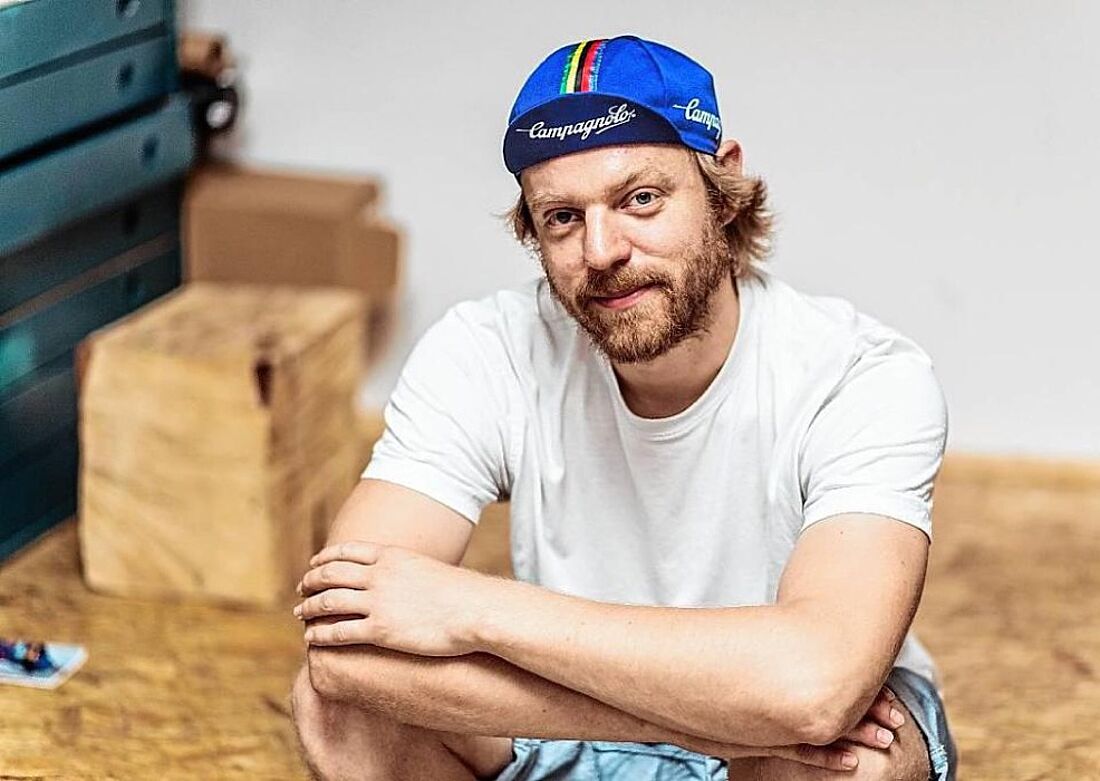 With: Benjamin Brückner
He became known to a wider audience through the experiment "500 faces", an extension of "50 faces", a project he carried out in 2013 in cooperation with Kunst im Öffentlichen Raum e.V.. For this, he recorded 500 unknown people on black and white Polaroids in a mobile studio at the Umsonst und Draußen Festival - completely without a mask, happy, serious, exuberant or sweaty. Just the way they were at that moment. For the exhibition, the pictures were scanned and shown unretouched.

An exciting project that puts people in the foreground, with the goal that people meet and once again consciously perceive each other - just as they are.

Your Story
As a Video 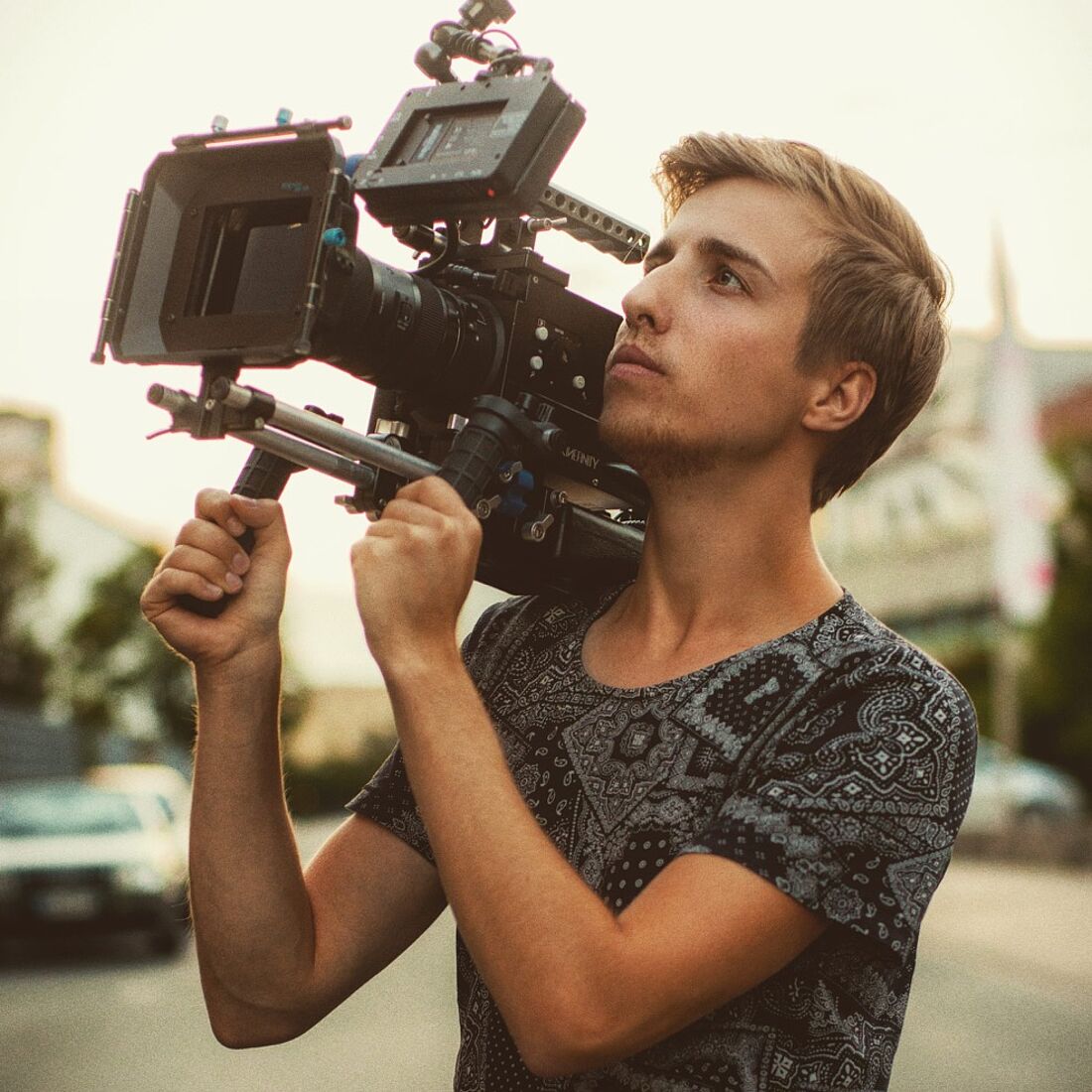 With: Lukas Kunzmann
Lukas Kunzmann (22) is a self-taught filmmaker based in Germany, Würzburg. He mainly works as DoP, Visual Effects Artist and Director. He shoots music videos, shorts, commercials and has worked as Visual Effects Artist on various feature films produced by Blumhouse Production (known for Get Out. The Purge, Paranormal Activity, ...), Universal Pictures, Sony Pictures and Netflix.

Visual Art
And How to Use it 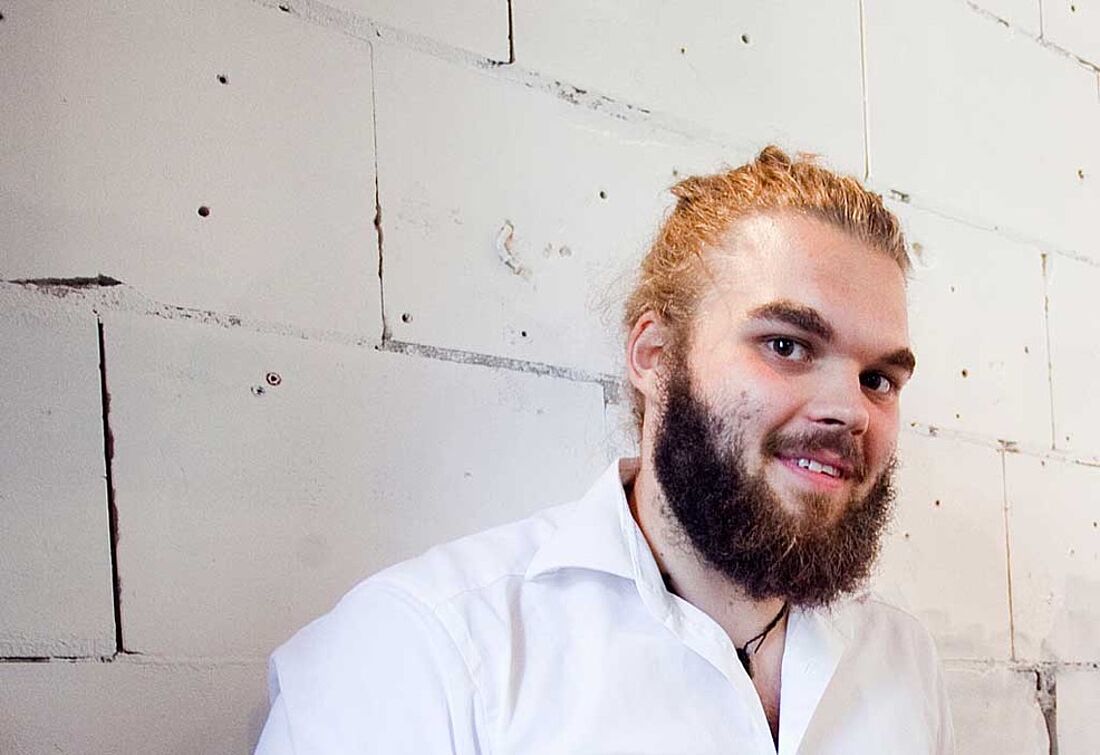 With: Max Gehlofen
Max Gehlofen is an easy-going, unpretentious guy who is a pleasure to chat with. The artist is unexcited and takes life from the relaxed side. At the same time, however, he has an alert eye for the things around him and looks behind the facades. This attitude is probably what makes his artistic works so interesting and multi-layered. They come across as light-footed and elicit a smile, such as the molding of a car on the ceiling of a Würzburg parking garage entitled "Schwänzchen in die Höh'" ("Tail up") or the reshaping of the monument to Friedrich Rückert, who is enthroned there as a "city saint" in an old-fashioned manner on the market square. Max Gehlofen is not afraid of pathetically charged places or objects; he approaches them in order to bring them closer to us again.

Fitting words
for your statement 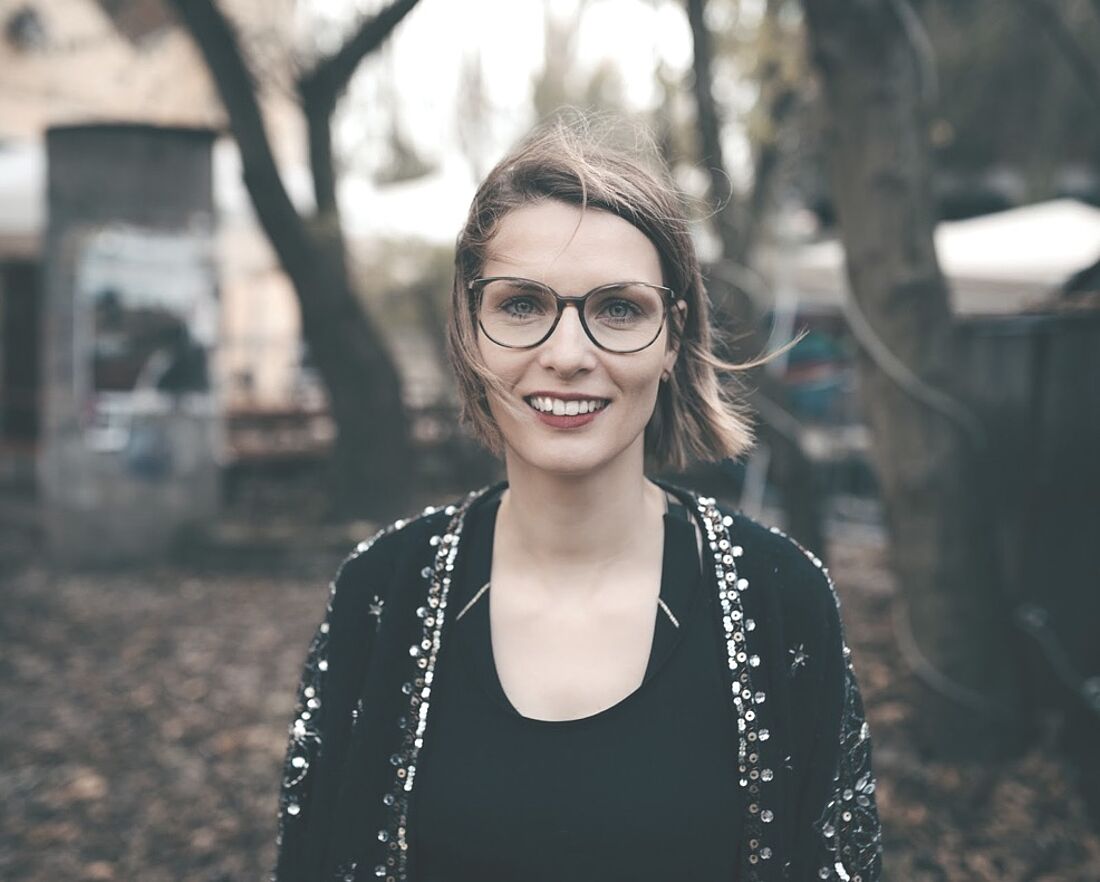 Pauline Füg, born in 1983, is a psychologist, stage poet and writer.  In 2015, she received the Cultural Promotion Award of the City of Würzburg.

The poetry slammer publishes her lyrics on CDs, in books and magazines and has been presenting them live on the (poetry slam) stages of Europe since 2003. Since 2005 she has been on the road together with Tobias Heyel as großraumdichten - together they bring slam poetry, poetry, beats and video art to the stage in an evening program, the texts they speak sometimes synchronously, sometimes offset.

When she is not on stage or writing, Pauline works as a psychologist for people with a migration background and people with Alzheimer's and dementia. But even there, she uses poetry to unlock old memories for those who forget.