Theater in Dachau - Meeting of Partners 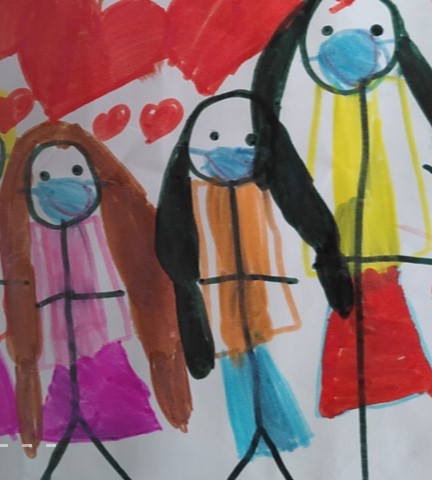 Today our new theater project goes into concrete preparation. We are meeting in Dachau. Because that's where the children are who spend a year pondering, writing, discussing until their play is finished. They are children and young people from the Dachau district with special needs. The group is diverse: Younger and older pupils, kids from different linguistic, cultural and social backgrounds. Their play is supposed to be about them and their concerns, their needs and problems, and how the problems can be solved.

This is why pics4peace is part of it. Picking up young people where they are, taking up their concerns, encouraging them or - as in this case - guiding them to implement their concerns creatively, to find possibilities for action for what everyone - no matter how young - can do against injustice and for a good coexistence at eye level.

In the end, not only will there be a play and it will be performed, but the play will also be published in a book, which in turn can be used by other classes, schools or youth groups to re-enact the play.

A year of going through all the ups and downs of developing a play and finally putting on a theatrical production with all that has to be done in front of and behind the stage - a huge challenge! But the kids aren't left to fend for themselves. Experienced playwright Wolfsmehl will guide them on their journey into writing and onto the stage. Once a week outside of class, it's down to business.

The whole thing is a cooperative project of the federal program "Kultur macht stark" (Strong through Culture): The Friedrich-Bödecker-Kreis (FBK) Bavaria takes over the authorship and is the grantor. The special education center Greta-Fischer-Schule, as a designated School of Culture, is the venue for the weekly workshops after school. And we as pics4peace are there, of course, to bring the whole thing to the outside world through the media and to talk to each other and to those responsible about the issues raised.

Today the project partners met at Greta Fischer school. We saw the film "Danei in the star car". The story of Wolfsmehl takes up the environmental problem in a playful, but impressive way in a child-friendly manner. Humor and seriousness are combined. The music makes it easy to tune into the positive basic attitude of avoiding garbage, for example.

Stay tuned for our Theater in Dachau!