Music connects People - We invited to dance to Mozart and Salsa 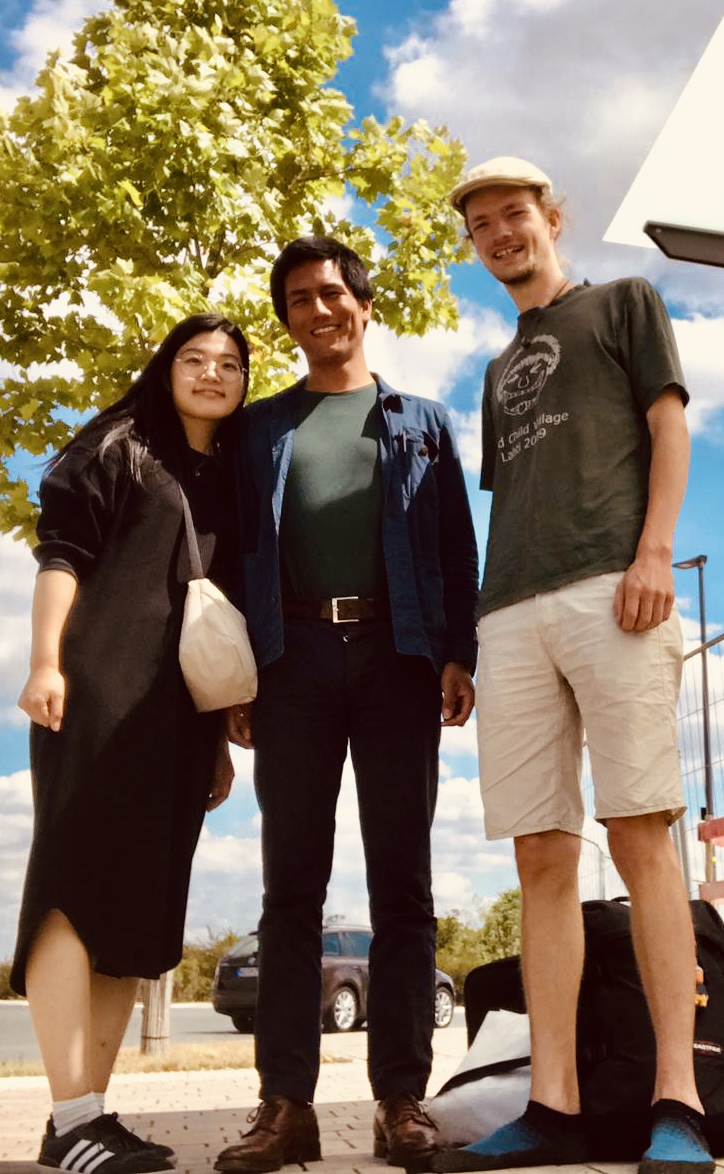 Yes, there was indeed dancing. But not classical minuet, as in Mozart's time, but lively and snappy, according to Latin American rhythms. Daniel Galindo, composer and concert guitarist from Peru, Hazuki Kono, concert flutist from Japan, and Michael Kock, percussionist and community musician from Leipzig, had invited on behalf of pics4peace.

Music is a language that needs no words. That's why the three wanted to bring people together through music in the new Hubland district of Würzburg. Many moved there at a time when no one could get out because of Corona.

Daniel, the young musician from Lima, who like Hazuki is currently completing his Master of Performance at the University of Music in Würzburg, chose Wolfgang Amadeus Mozart as a link and translated him into the rhythms of his homeland: Latin America. For this he recomposed well-known Mozart Music "with hip swing". This was well received and inspired the guests. The audience, who despite the cool weather had come to the forecourt of the Bistro Belvedere, did not take long to be persuaded and joined in. And those who preferred to remain seated took up the rhythm, swayed along, snapped their fingers or clapped. The mood was exuberant, so that during the intermission the guests accepted the invitation to address those they did not know and to exchange ideas with them.

Distortions then and now

But why Mozart? Mozart lived in a time of upheaval that eventually led to revolution. Rigid structures were broken up, with all the distortions that entailed.  People, including those in Würzburg, feel similarly strong upheavals today: the war in Ukraine, worries about being able to cover one's living expenses, fears of a nuclear strike, violence, extremism, the pandemic... All of this burdens us.

"That makes it all the more important not to lose trust, to reach out to each other and to take courage again and again. Music can contribute to this."

It was obvious that the spark was ignited: Mozart's enchanting melodies and intoxicating rhythms, as in salsa, tango or the Brazilian choro, were the right means to create an atmosphere of joy and openness almost by itself, which made it possible to approach each other even after the concert. Towards the end, when Michael Kock, a music student from Leipzig, came out mischievously with a cape around his shoulders and sang the aria of Papageno, the bird catcher, who wanted to catch not girls but boys by the dozen so that they would be his, everyone laughed heartily and applauded.

As contact persons for the district, experts from the public library, the Workers' Welfare Association AWO, and Stadtbau were available to be contacted if one had any special concerns. The evening was supported by the Vogel Foundation Dr. Eckernkamp. A big thank you for that!!!

You can find a small sample of the evening here on YouTube.